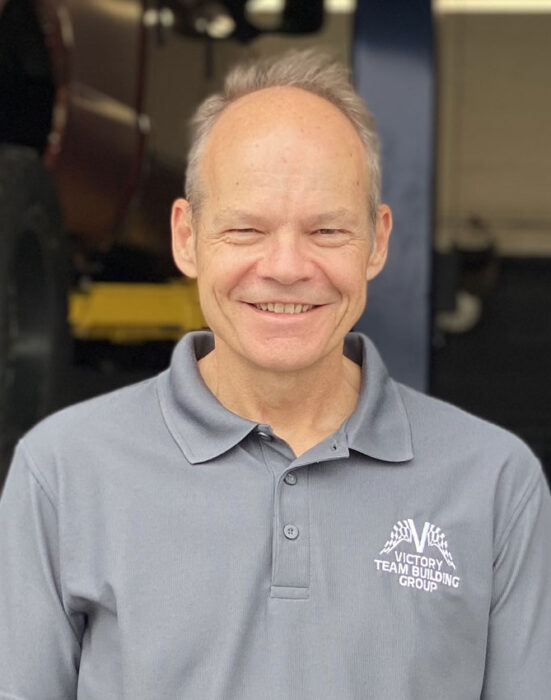 Steve Etter is the Vice President of Operations for Victory Teambuilding Group.

Steve has been in the automotive repair industry since 1981 when he started as a technician apprentice at a local Datsun dealership in Bradford Massachusetts. Steve was promoted to Service Manager in his first year of employment because of his ability to communicate with customers and increase sales.

Steve moved on to an independent repair shop as a technician and became an ASE Certified Master Technician in1985, a certification which he still holds today. In 1991 Steve opened his own automotive repair shop in Wardhill, Massachusetts and grew the shop rapidly.

By 1997 the shop had grown to the point of being an overwhelming monster, he knew he needed to find help. Steve found a management technology that he studied and quickly applied to his business, organizing the business to the point he no longer needed to be in the day to day operations.

In 2004, Steve sold his shop and moved to California to help a friend manage and expand his business there. 2005 was the highest ever year for gross sales in that business and more than doubled their 2004 numbers.

In 2006 Steve moved to Oregon and opened an automotive repair shop from scratch. By the end of 2007 it was the largest and busiest shop in town. Steve weathered the economic crash of 2008 and in 2009 moved the shop into a new building to better serve his customers.

In 2012, he sold the shop and moved back to California to pursue a passion as an engine builder for Honda Performance building million dollar race engines for Indy cars. Steve was quickly promoted to the role of Senior Engine Builder and continued with them until late 2021, winning 5 Indy 500s and three manufacturers championships along the way.

Throughout his career, Steve has always helped and coached other shop owners, whether competitors or not, in managing and running successful automotive repair shops. In September of 2021 Steve left the performance engine building world to take a senior position at Victory Teambuilders Group and do what he really loves to do….Helping automotive shop owners organize and manage successful winning automotive repair shops.